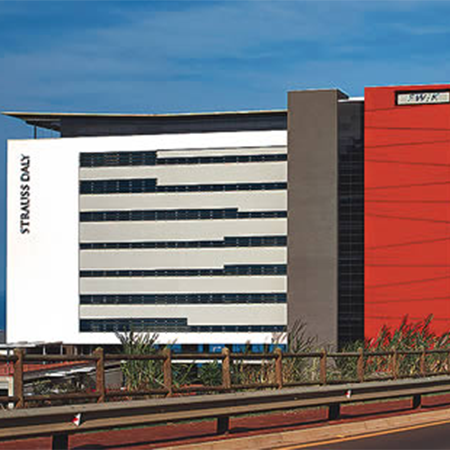 INTELLIGENT PROTECTION FOR THE LEGAL EAGLES

Since opening its doors in 1984, Strauss Daly has become one of the most prominent and progressive legal firms in South Africa.

A state-of-the-art Intelligent fire detection system supplied by Technoswitch now protects Strauss Daly’s beautiful, modern office building and its occupants in Umhlanga, Durban. The WSP Group was enlisted as consulting engineers for the project and the installation was performed by Durban-based Eagle Fire Control that has been in operation since 1969.

The Strauss Daly Building has 14 floors, of which four are basement parking levels. Each one of the nine office floors has two fire escapes, while the south end fire escape is pressurised by a fan located on the roof of the stairwell.

All detection equipment is monitored by an eight loop Advanced Intelligent Fire Panel, with a public announcement and voice evacuation system also linked to the fire control panel.

Each floor is equipped with a Fireman’s Panel, as well as a Life Safety Valve. The Fireman’s Panel is the primary information source about the alarm location, while life safety valves ensure that each floor can have its sprinkler system drained without affecting any of the floors above or below it. As soon as a life safety valve is moved, it will be logged on the Fire Control Panel’s event log.

The ground floor houses a large kitchen and cafeteria area. To prevent heat from a possible fire in this area to move directly towards the outlet of one of the fire escape areas, a fire curtain was installed, thereby ensuring the safe evacuation of the building’s occupants.