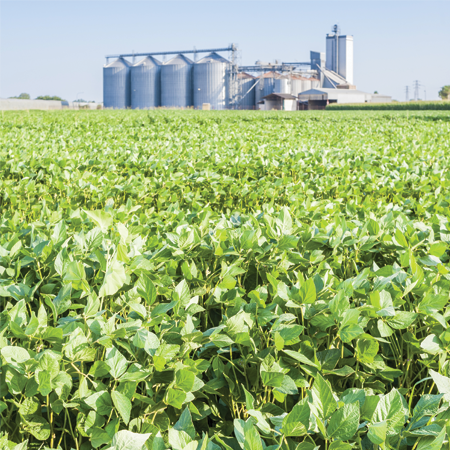 VKB Agriculture’s Free State Oil (FSO) soybean processing facility located in Villiers (Free State province, South Africa) started production in September 2012. Since then, FSO has been focused on producing good-quality soybean meal and oil. The facility has a capacity of 150,000 tons of soybeans per year and offers soybean producers in the area a valuable outlet.
FSO describes their business model as follows: “FSO supplies its products to multiple market segments such as home mixers and stock feed producers, which include the feed companies who also form part of the VKB Group. This makes FSO an integral part of the value chain which ultimately places chicken meat on the consumer’s table.
The establishment of FSO provided incentive to farmers to further develop their crop rotation practices by increasing the demand for local soybeans. As a key role player in the agricultural value chain, FSO proudly contributes to the VKB Group’s commitment to rural development.”
Technoswitch and Fire Quip Bloemfontein were respectively appointed as supplier and installer for this project based on their success and reputation in the fire detection industry. Technoswitch fire detection systems were already protecting other VKB sites – these proven installations played a key role in VKB’s decision to opt for the same high-quality fire detection system at their Free State facility.
FSO’s main challenge was to determine the cause of intermittent fires occurring in the product dryer. Technoswitch investigated the situation and pinpointed the potential causes of fire.
Due to the challenging environment and to prevent false alarms, Technoswitch recommended the SecuriHeat ADW Linear Heat Detector for this application. The SecuriHeat ADW-535 uses a physical principle to its advantage: If the ambient temperature increases, the volume of heated air also expands. Air-filled sensing tubes transmit this pressure increase to a sensor in the cable terminal processor. The system triggers an alarm as soon as a defined limit is exceeded.
The project was completed in January 2021.