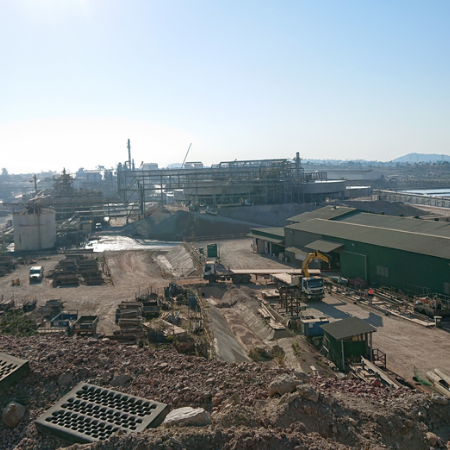 Copper and Cobalt Mine – Democratic Republic of Congo

LOW COST OF OWNERSHIP AND MAINTENANCE

A mine in the Democratic Republic of Congo (DRC) holds one of the world’s largest known copper and cobalt resources. The deposits are located within two concessions totalling over 1,500 square kilometres within Katanga Province, in the southeastern region of the DRC.

The mine has historically used Technoswitch’s Conventional Fire Alarm Panels and a mixture of other companies’ panels that had run into a state of disrepair over the years, and there was a need to upgrade the installation.

Following a full site assessment in 2017, Technoswitch set up a Proof of Concept with a modular system. Technoswitch had to set up a site standard, which in the long term would be a low cost of ownership and maintainable for at least ten years, a requirement for the mine. Due to its location, parts sourcing and repairs proved to be a challenge.

The installation commenced in 2018, where Technoswitch designed a state-of-the-art Fire Detection and Suppression System to monitor the 25 Electrical Sub-Stations and E-Houses on the mine from a central control room. The system needed to be fully EN compliant and meet the strict criteria required to pass their international safety audit. A South African consultant was used to audit the site as a prerequisite.

Advanced Addressable Fire Control Panels were chosen for each sub-station as well as Advanced Gas Control Units. Stat-X Aerosol was used as a means of suppression. The sub-stations were linked back to the central control room, using the mine’s fibre optic backbone and monitored using GSNet Software over a fault-tolerant network for redundancy.

For early detection, existing VESDA units were upgraded to modern VEP units. These, in turn, were networked individually using the VESDAnet monitoring software.

Due to the highly acidic and corrosive area, Advanced TC5101 & TC3001 Fire and Gas Control Panels with Weatherproof enclosures were installed on the outside to ensure the panels were protected against the environment.

This installation provides a low cost of ownership and maintenance, which suits the client’s needs best.